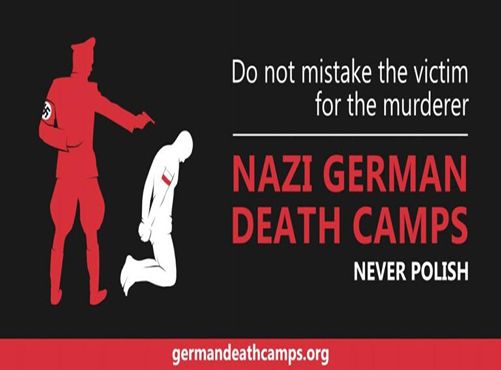 On May 24, 2021, on the Anderson Cooper show, United States Congressman Stephen Cohen from Tenessee made the following outrageous, and hateful, anti-Polish statement that suggests falsely that Poland was responsible for Auschwitz and Birkenau concentration camps during the Holocaust:

On May 25, 2021, the Kosciuszko Foundation wrote a letter to Congressman Cohen, demanding that he apologize.  The letter pointed out that Auschwitz was a German camp, run by German guards with German shepherds, and hung the German words “Arbeit Macht Frei” Work Will Make You Free, over the entrance. Poland, during World War II lost six million men, women, and children, half of them Jewish, due to German genocidal activities designed to completely annihilate Jews and Poles, considered by Germany to be “sub-human” and unworthy of life.

Poles were in fact the first prisoners sent to Auschwitz, and the second largest group that perished there, for NO OTHER REASON THAN BEING POLISH!  Polish inmates at Auschwitz created resistance in the camp and sent out information to the Polish Underground to inform on what was occurring there and were the first to report on the industrial-scale mass murder of the Jews.  The Polish Underground turned this information over to the Polish government-in-exile, which immediately informed the world, and gave specific actions requested by the inmates to slow the killing, such as bombing the railroad tracks or gas chambers.  The world did nothing.  It could have!

Poles rebuffed early overtures by Hitler to join in an alliance with Germany against the Soviet Union, only to be invaded by both Germany and the Soviet Union, who were allies for two years after.   Poles were the first to stand up to Nazi Germany, refused to create a collaborative government, fielded the largest resistance movement in occupied Europe; had the fourth largest allied military force fighting outside of occupied Poland against Germany.  Polish forces took part in the Battle of Britain, and battles in North Africa, Norway, France, Belgium, Italy, Russia, and even in Berlin. The Polish navy and Merchant marines assisted the allies on the seas and oceans, with a Polish navy ship being the first to engage the Bismarck prior to it being destroyed.  Polish mathematicians were the first to break the German enigma code and passed this information to the British prior to the start of the war.

The Polish Underground located the production plants of the new modern V rockets that could have helped Nazi Germany win the war, which lead to the plants being destroyed in targeted bombings.  The Polish Underground even provided one of the rockets that failed to explode on a testing ground to the British.  The capital of Poland, Warsaw, was the only city that rebelled twice against German rule, in 1943 and 1944, to be thoroughly destroyed so as it resembled Nagasaki after the atomic bomb.  Precisely because of this total Polish defiance of Nazi Germany, even against all odds, often with no hope of success, and out of PURE PRINCIPLE, Poles suffered the most brutal and harshest reprisals at the hands of the German Nazis.

In spite of the above, Poland ended up under Soviet occupation under which non-Communist Polish heroes, considered threats to the Soviet takeover, were called “Nazis”, arrested, tortured, sent to the gulag, blacklisted, convicted in mock trials and/or killed as the US press glorified Stalin, referring to him as “Uncle Joe”.  Soviet and Communist propaganda vilified non-Communist Poles, leveling all sorts of false accusations at them that Poland is now attempting to correct.

We believe that Poles paid a steep price in blood not to have the memory of their loved ones tarnished, intentionally or not, even in the most subtle way, by a hateful, ignorant US Congressman who is spewing misinformation that serves to potentially weaken not only the Polish American alliance but also Polish Israeli and Polish Jewish relations.

For the Polish people, including Polish Americans, such a statement by Congressman Cohen is highly hurtful and infuriating.  Most people can agree that such ethnic hatred has no place in the United States Congress.  The Polish community in the United States has every right to expect the condemnation of Congressman Cohen by his peers.  As of May 27th, there has been no outcry by any of the colleagues of the subject Congressman from Tennessee in either chamber of the Congress, against the unprovoked disrespect shown to Polish victims of German perpetrated genocide.

It should be noted that Congressman Cohen once made statements that were roundly condemned as using the Holocaust to make a partisan political point that trivialized the Holocaust.  He eventually expressed his regrets for doing so, after initially refusing to do so.  Republicans just rebuked one of their own members for inappropriate comments involving the Holocaust.  We expect Tom Suozzi to publicly and openly condemn his own party colleague on behalf of the Polish Americans he represents, such as myself.

I expect (my Congressman) Tom Suozzi to do the right thing…..

The Polish community in the United States has every right to expect the condemnation of Congressman Cohen by his peers.  As of May 27th, there has been no outcry by any of the colleagues of the subject Congressman from Tennessee in either chamber of the Congress, against the unprovoked disrespect shown to Polish victims of German perpetrated genocide. It is primarily up to Polish people to raise their voices to demand what is deserved – a meaningful and PUBLIC apology by Congressman Cohen, and a commitment by him to meet with Polish Americans involved in this reaction against his words, in Washington DC, to discuss his egregious words.    We should also demand that his colleagues in Congress, OUR representatives, rebuke Congressman Cohen for a statement that amounts to misinformation which has the potential to jeopardize the relationship between the United States and a loyal ally, Poland.  Hopefully, we will be joined by others of goodwill.

Regardless of your address in the United States, or the world, please call both offices of Congressman Cohen at (202) 225-3265 and (901) 544-4131 and leave a message that respectfully conveys your sense of hurt.  Be respectful to his staff members.  They did not do anything to us. Take care, feel free to pass this on, and do dzieła! 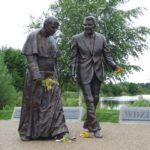 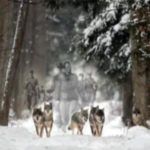